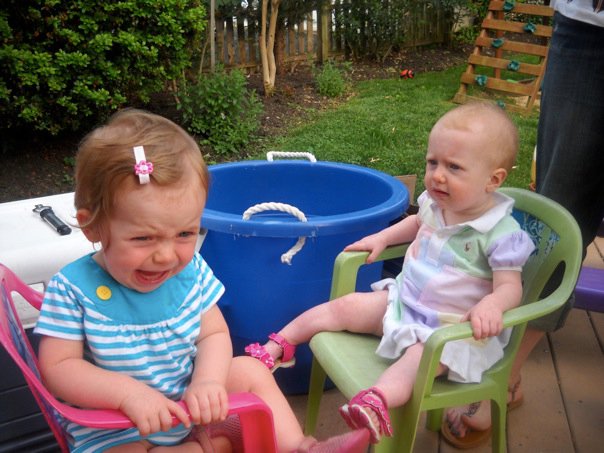 phoebe attended her first birthday party for a friend last weekend. leah hyland turned 1 year old, and the whole spence family stopped by for some cake. phoebe (seen above, reacting to the birthday girl) was amused by the party. she’s gearing up for her 1st birthday bash in august. it’s a bit difficult to believe that these little girls are already that old. seems like not so long ago that leah’s mom (erin) and molly both found out they were pregnant! 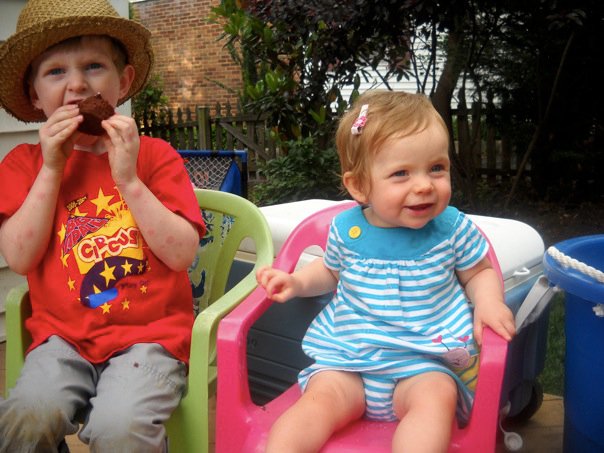 just for good measure (and proof that leah spent very little of her party in tears), here’s a shot of jackson enjoying a cupcake with the birthday girl. earlier in the day, jackson attended the ringling brothers circus with his grandpa in trenton, and after this shot he had a sleepover with his cousins, the Barainyaks. so it was a jampacked-with-fun day for him.
Tags: birthday,cupcake,friends,jackson,party,phoebe