we brought together many of jackson’s biggest loves — train rides, the circus, animals, bright colors, and his best friends — to celebrate his 4th birthday. the centerpiece of the party was a colorful cupcake tower, featuring the birthday boy on top, clowns, and of course, lots of sprinkles! (props go out to martha stewart’s cupcakes book for the yummy recipes!) 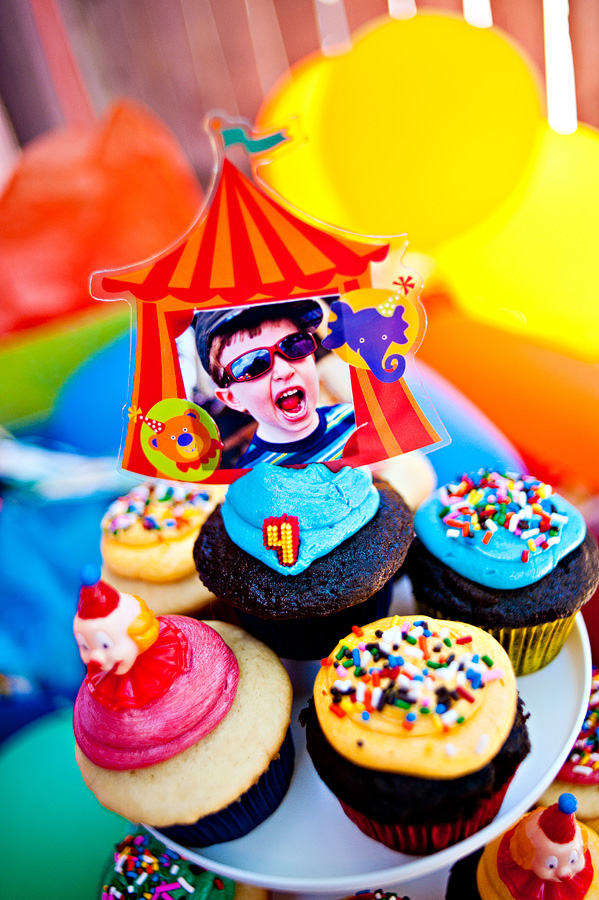 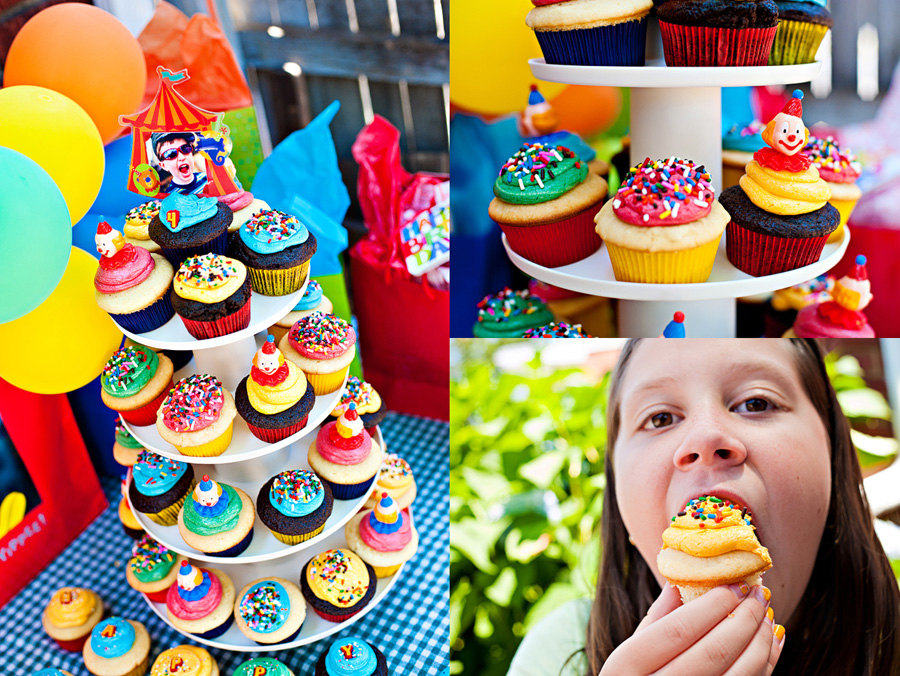 but we’re getting ahead of ourselves… we didn’t eat the cupcakes until the very end of the party! 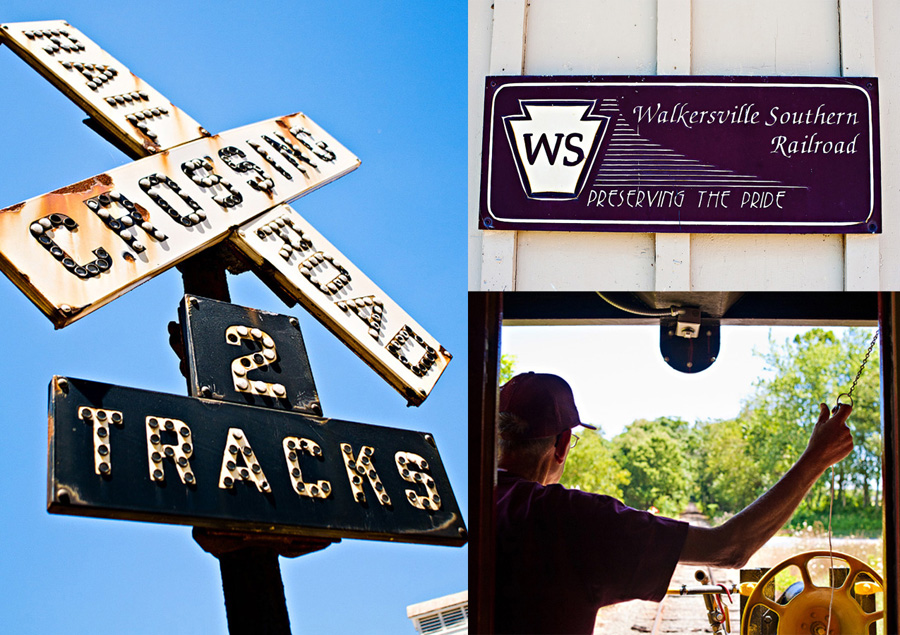 we started festivities at the walkersville southern railroad.

jackson got to explore the engine, and then, once we were all aboard the birthday caboose …

jackson was joined by his buddies jillian, aidan, lucas, garrett, collin, cayman, and zach, as well as cousins sarah and josh. and of course, little sister phoebe, whose birthday is just a few weeks away!

the kids got crafty with some markers, decorating wooden trains or stars…

games included an elephant ring toss and “stick the nose on the clown,” during which all the kids figured out how to cheat by peeking through the bottom of the admittedly cheap paper “blindfold”!!

aunt lynnie got caught up in all the fun!

the 90-minute ride went by really fast. the views were beautiful, and the trees provided lots of cool shade from the hot sun.

some of the best views came from the upper level seats on the caboose!

the kids spent most of the trip hanging out up there together, climbing up and down the slightly precarious ladders!

molly and dave also got in on the fun!

once our ride was over, we checked out the model trains next door, then headed to casa spence for more partying!

jackson’s always a bit timid when it comes time to sing the happy birthday song. we had to literally pull him out from under the table to blow out the candles!

phoebe had such a great time at her brother’s party, she said she’s really looking forward to her first on august 1st!

(special thanks go out to our “second photographer” tom fedor for several of the shots above!)

Looks like loads of fun for Jackson and all his friends. To bad Grandpa Kurt couldn’t be in on the circus fun. Loved the looks of those cupcakes!