our favorite toy store, dancing bear toys and gifts in downtown frederick, hosts santa each year for one day only. and we’ve missed him every year we’ve lived here! that is, until this year! we marked it on the family calendar and arrived at the bear promptly at 4 o’clock. 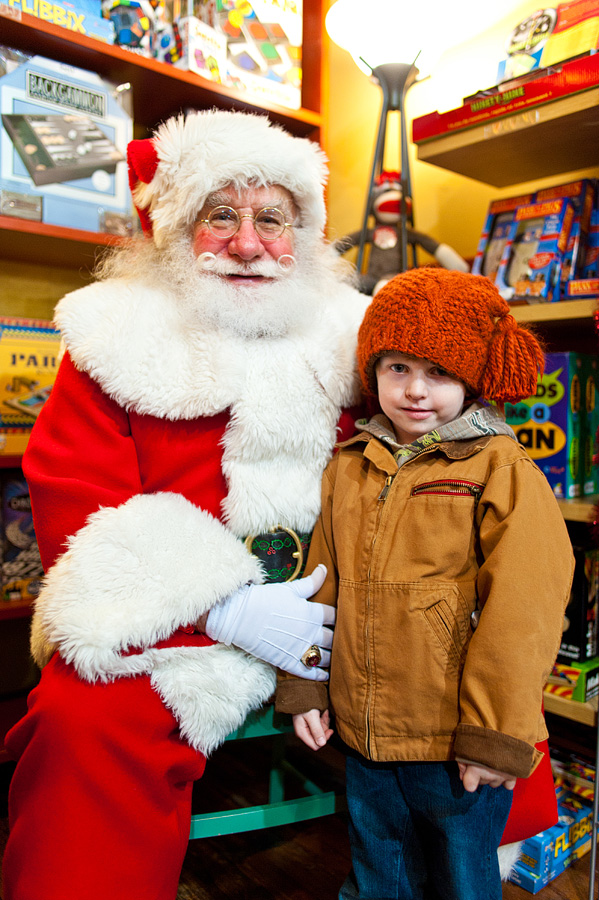 it took a whole lot of prodding before jackson would approach the big guy. the kid’s just painfully shy. no surprise there. but phoebe’s reaction? well, that was totally unexpected. 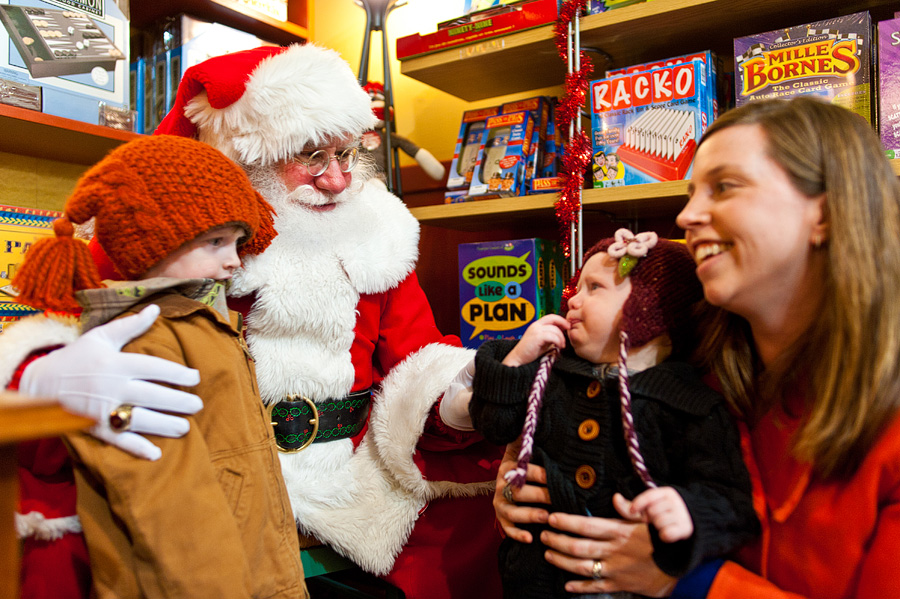 phoebe was all smiles while we waited for santa to arrive. she chased jackson around the store, made friends with marlene and some of the girls who work at the bear. but when we said, “ooh, phoebe, look who’s here. it’s santa!” the look of terror and dread on her face was pretty intense. lots of crying, yelling, and running for mom ensued. the photo above was the best we could manage. when santa came within a few feet of her, all she could do was yell “mama!!!!” 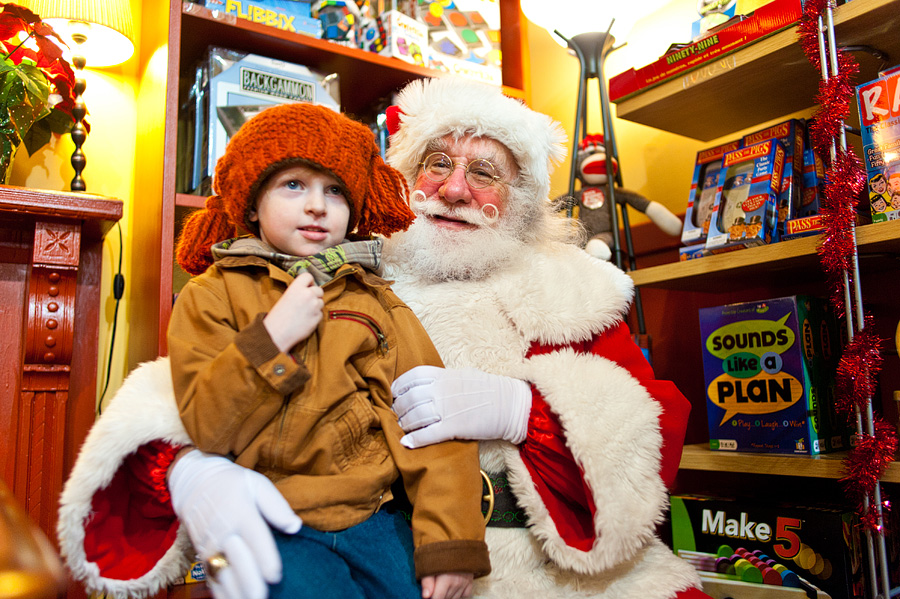 eventually, our big boy jackson got on santa’s lap and managed to mumble a few things he wants for christmas (a pillow pet is at the top of the list). when we asked him afterward why he had such a hard time hanging out with santa, he said, “mom, I just want to hear his boots on the roof, I don’t want to TALK to him!” oh, jackson…