today, jackson became an official kindergartner! he’s now among the oldest students in miss heidi’s class at monocacy valley montessori public charter school, where he has attended for the last two years. he has the same teacher, and is in the same classroom, but now he is the “big man on campus,” and gets to stay all day, eat lunch with his friends, and help the younger students get acclimated. he’s in school from 9 to 3:45 every day, and now has music, gym, spanish, and art classes as well. 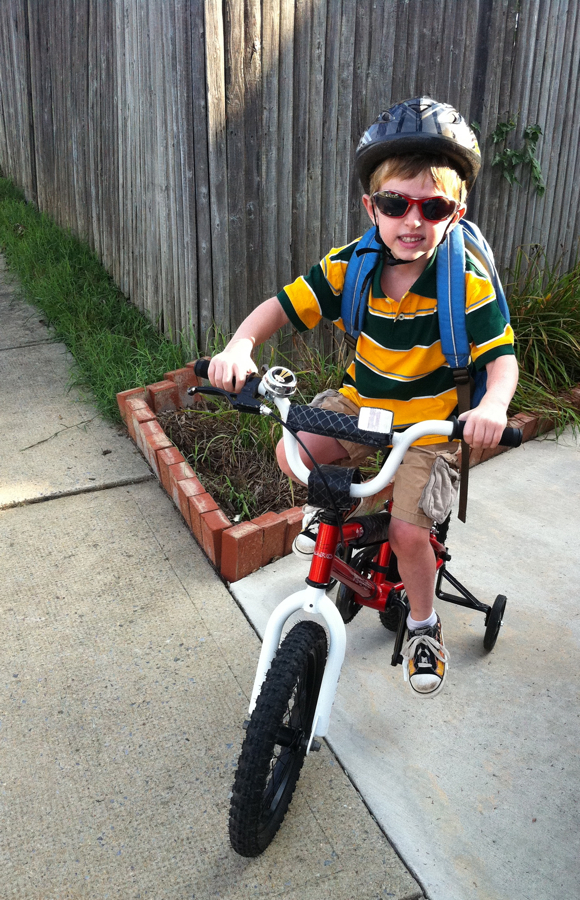 it’s hard to believe that only 2 short years ago, we pushed jackson in a stroller to his first day as a preschooler at mvms! today, he rode a two-wheeler the whole way to kindergarten. he’s gotten to be such a big boy! 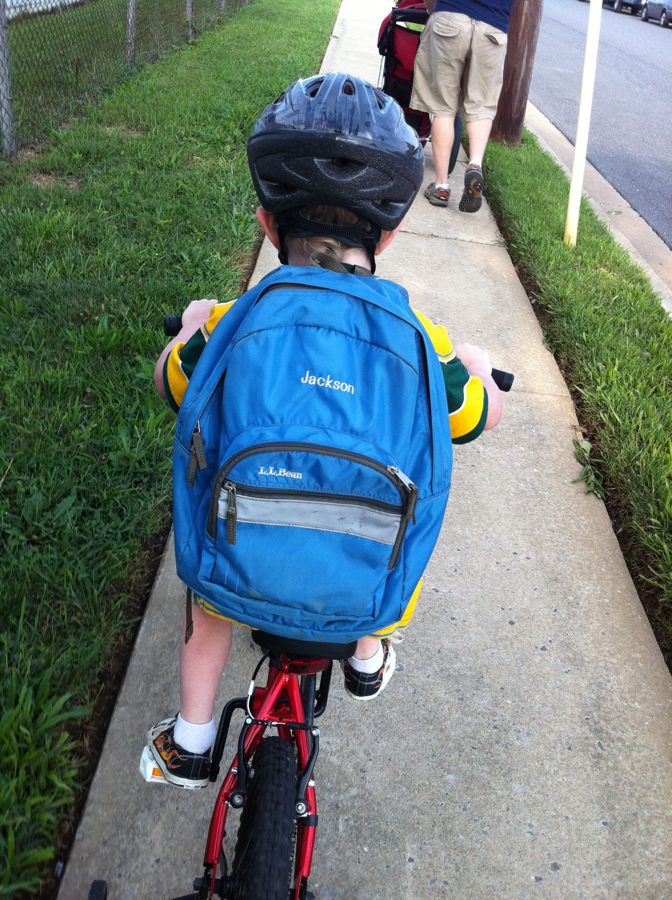 when molly asked jackson how he got such big, strong legs to be able to bike all the way up big hills to school, he replied, “from santa!” 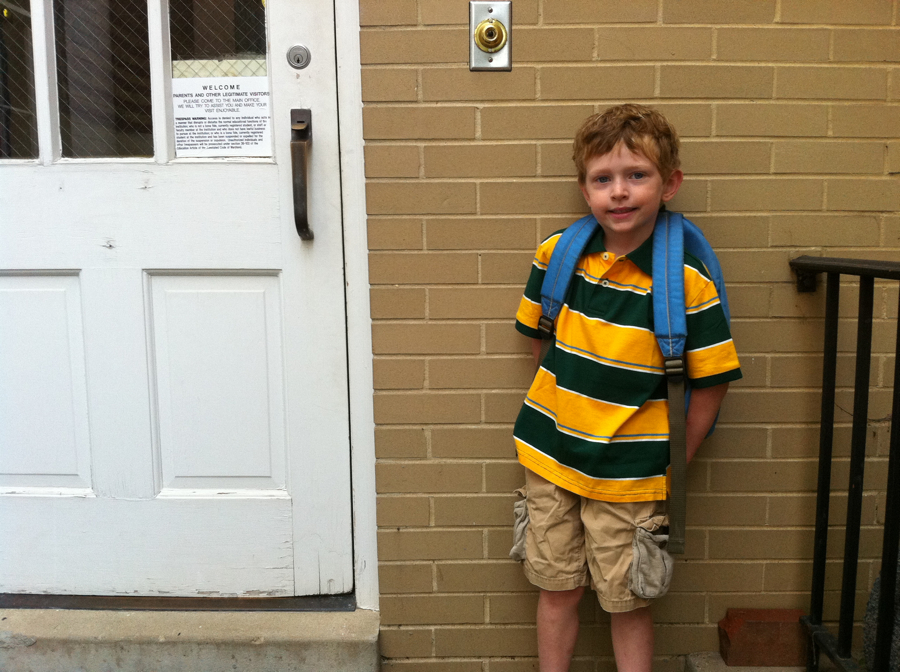 ms. king, the principal at mvms, hands out a carnation to each student as they arrive at school, and asks them to give the flowers to their teachers. it’s a nice little tradition! jackson hung up his backpack in his new kindergarten spot, then headed into the classroom without a second glance. he truly felt at home there, and that’s an awesome feeling for us, too!

while big brother was at school, phoebe was a little lost. she asked “where did brother go” several times, but generally she had a great day, playing and pretending. she even helped mom bake up a special surprise just for jackson!

mom’s special chocolate cupcakes with orange icing and a “k” for kindergarten! (yes, molly did use tweezers to position the sprinkles. don’t judge.)

jackson couldn’t have been happier about the cupcakes. he said it was his favorite part of his first day! but he did have a pretty great day, in general. some highlights? he ordered lunch from school for the first time (chicken nuggets and green beans with chocolate milk), he enjoyed Spanish lessons (“hola, mom!”), and he couldn’t stop telling us all about “PE” (“that means exercise, guys!”). we think this is going to be an awesome year for our little learner! and next year, when jackson graduates into 1st grade, phoebe will be a student at mvms, too!
Tags: cupcakes,Dave,jackson,kindergarten,molly,mvms,phoebe,school

WOW!! What a BIG Kindergartener! So proud of Jackson!!Love the cupcakes too! What happened to going out for Moose Tracks?? We’ll have to take him for that treat at the Creamery! Thanks for sharing the pictures and the story! Luv u

Thanks for the post ! We love being able to “share” in the day to day happenings of all of you!!