After a long night at the rodeo, we woke up at the Cody KOA surrounded by motorcyclists and tons of free pancakes. We filled up on coffee and breakfast and let the kids bounce on the giant bouncy pillow, then headed to town to visit the Buffalo Bill Center of the West, an awesome set of six museums that is affiliated with the Smithsonian Institution. It includes a natural history museum, a firearms museum, an art museum, an Indian museum, and an entire museum dedicated to the life of “Buffalo Bill” Cody. 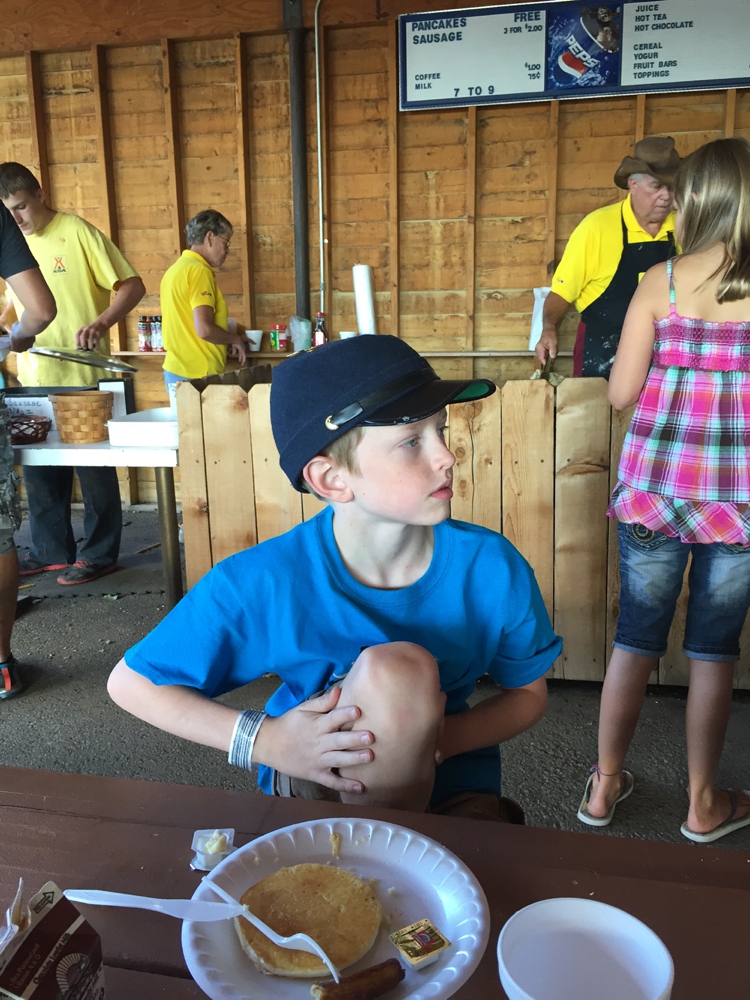 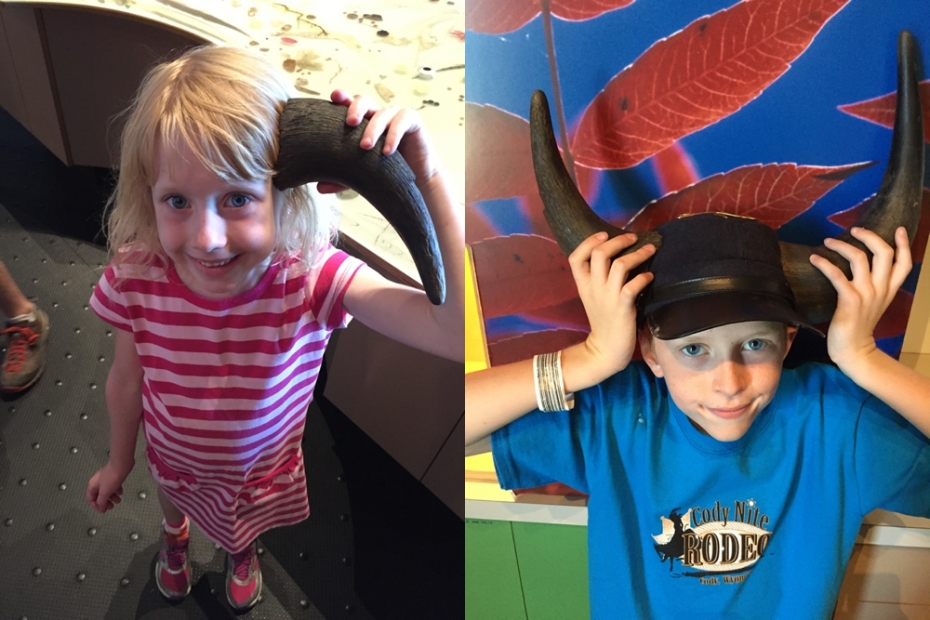 First stop was the natural history museum, where we tried some horns on for size. 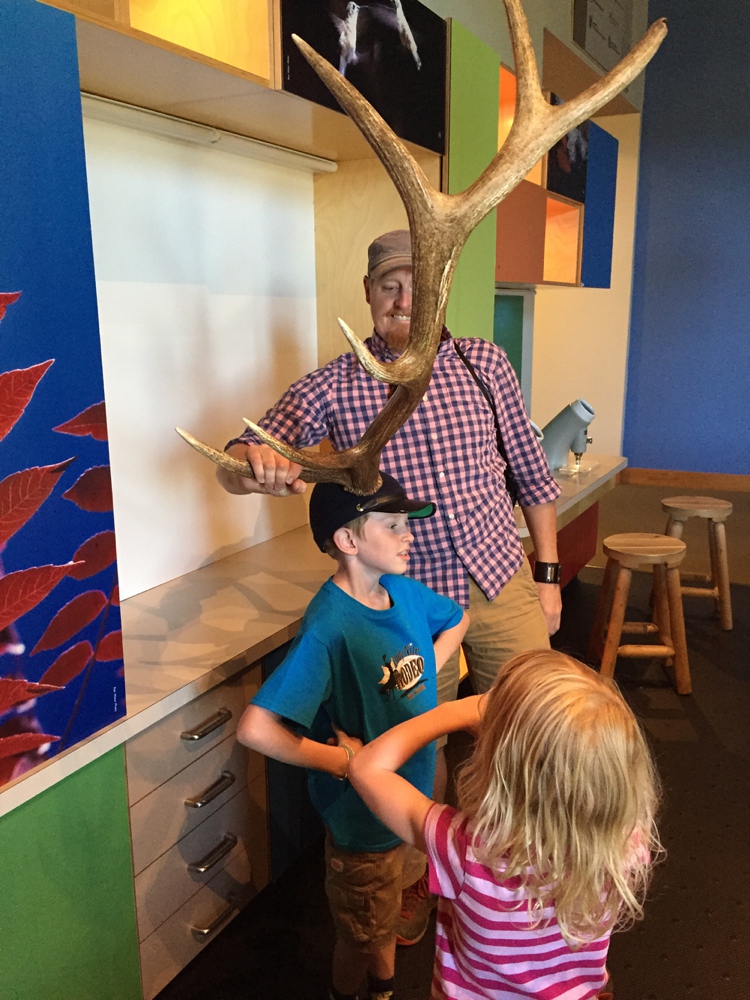 We learned all about western wildlife, including this cute fella.

Next, we walked through a ghost-like talking hologram of Buffalo Bill Cody himself to enter the museum dedicated to his life.

Bill Cody, a man before his time.

We played a round of a real Buffalo Bill board game after the kids posed among life-size artists’ renderings of the game pieces. Very fun (kinda like Candyland, but with Indians and bison).

Dave and the kids especially liked the firearms museum, including this fun game, based on an old west saloon game. Phoebe kept looking up Teddy Roosevelt’s guns here (her obsession with him grew from our visit to Mount Rushmore).

Phoebe chatted up this cowboy, doing a lasso demonstration, and got lassoed herself! (Video to come)

Outside the museum, we explored this tipi, and Phoebe showed off her pre-birthday present bison purse.

We ventured over to an outdoor Chuckwagon demonstration, where a cowboy was handing out samples of really delicious cowboy coffee and baked beans. (Aunt Lynne has been calling Hurley a chuckwagon for weeks, and now the kids know why!)

In his Dutch oven, a batch of sourdough biscuits was baking. Once Phoebe heard that, she wouldn’t leave until she could have a sample. So we waited and chatted until they were ready.

She had four helpings. (They were really yummy.) And we took home the recipe.

After a short stop at Sierra Trading Post to buy some new sleeping pads (thanks for the air mattress, Kurt, but after three nights of midnight deflating, we retired it), we were on our way to the Grand Tetons via the East Entrance of Yellowstone National Park.

Just a few quick jumps out of the car for some neat scenery….

Jackson says he’s ready for adventure with the rest of the Spence Family in the Grand Tetons!

Cheers to the Spence ladies, and especially to Aunt Jo, on her birthday evening!