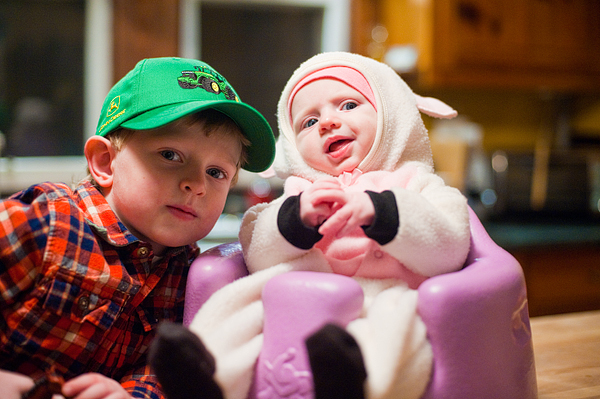 we’re finding it hard to believe it’s halloween time again, and this year we have a new little lamb to take with us on our trick-or-treating adventures! jackson tested out his farmer get-up tonight (complete with his best accessory – phoebe the lamb) for hood college’s annual “safe harvest” event. it’s a great dress rehearsal for the “real thing” later this week. see more photos of our night at this link. 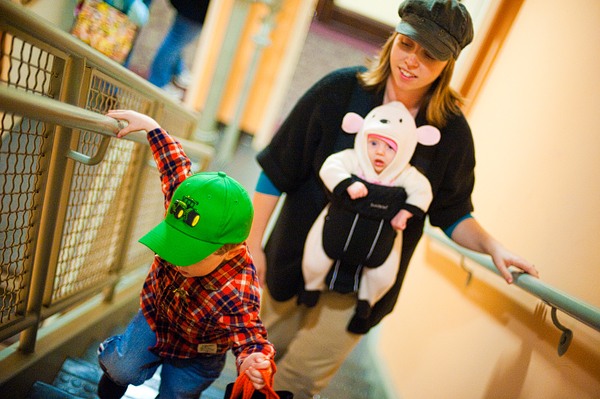 phoebe hitched a ride with mom as we trekked through hood’s dorms, up and down many flights of stairs. we got a good workout before diving into all the chocolates and lollipops jackson collected from the students. (phoebe even fell asleep!) 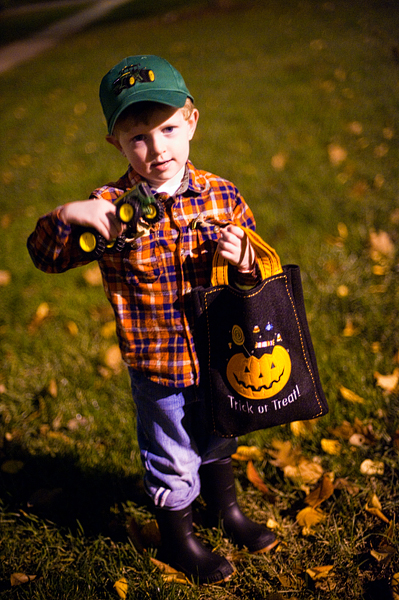 jackson was a little intimidated by all the people trying to give him candy. most of the time he just stared at the students while they tried to push candy into his bag. of course, when we got home, he started shouting “trick or treat” and “happy halloween” at the top of his lungs. maybe next year he’ll say it when he’s actually trick-or-treating?

this year, we joined jackson’s friend, jillian (seen here as a witch), and her mom and dad, tom and melissa. we always have a great time hanging out with the fedors!

that’s us walking in front of hood’s coffman chapel toward the end of the night.

thanks, hood, for giving us an early happy halloween!

great pictures! Love the hat Molly…you look so cute, what a stylish Mom!!! The kids look adorable…love the wide-eyed lamb and the happy farmer