the ghost tiger and the lioness

halloween came early again this year in frederick, as hood college’s annual safe harvest trick or treating event was held wednesday night! jackson and phoebe were so excited, and even more so when we bumped into our friends zach (also known as the pirate) and kim (also known as the mom who had to carry all the pirate’s costume pieces)! jackson’s costume was a year in the making. since last halloween, he has said he wanted to be a “ghost tiger.” so, we made that freaky dream happen. phoebe’s lioness costume and molly’s tiger ears just fit in with our jungle theme! jackson has gotten even better at the trick or treat game this year, and wasn’t shy at all. phoebe was a natural from the start. she loved walking up to each dorm room door and putting out her bag so the students could fill it with candy. she just stood and stared up at each person for a good minute or two after they gave her the candy. she was in awe! 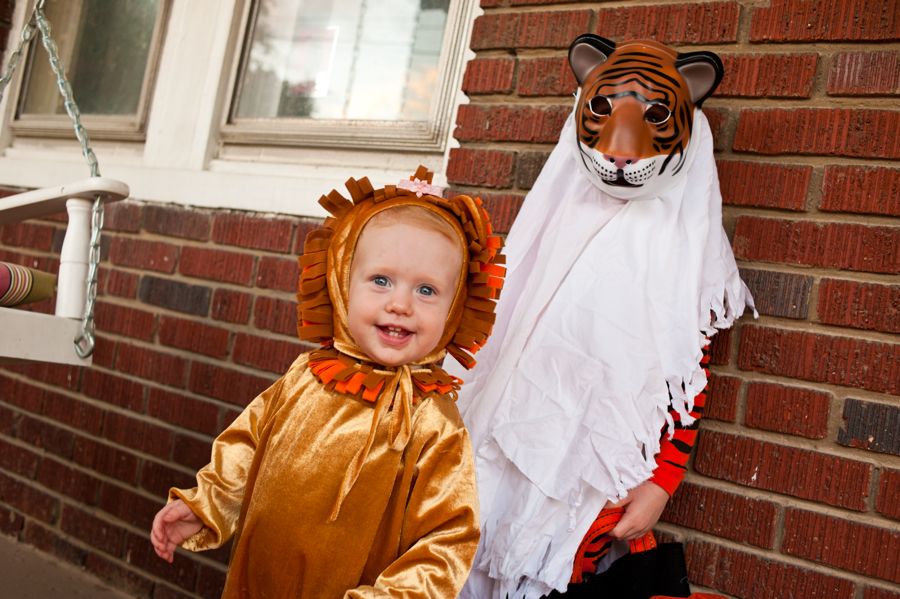