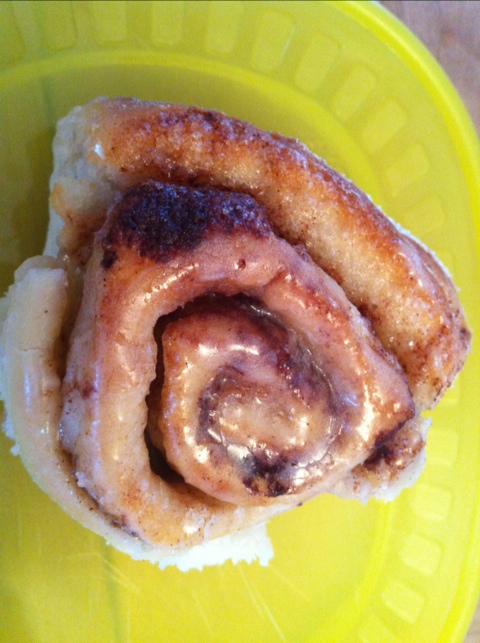 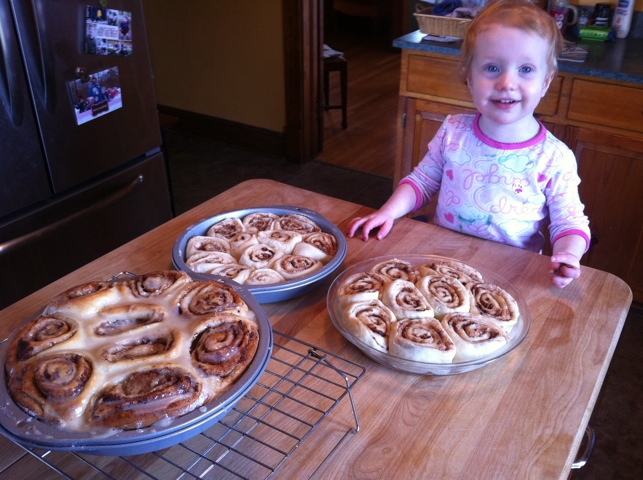 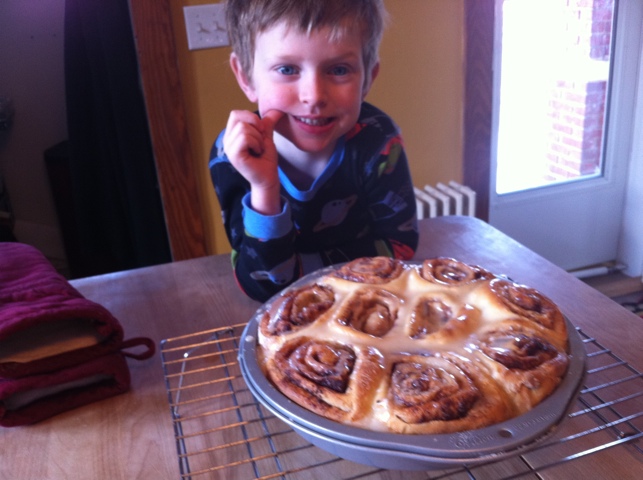 jackson had a big idea today — let’s bake something! so he got out his “favorite cooker’s book,” also known as paula deen’s cookbook for kids (don’t ask!), and found a cinnamon bun recipe. of course, paula wanted us to use a can of crescent roll dough, and not only did I not have any, but I also took offense! I mean, how hard could it be to make them from scratch? well, we found out — not too hard at all! time consuming, yes! messy, yes! but worth it? yes!!! so worth it. special thanks to one of molly’s favorite “cooker” blogs — the pioneer woman — for the recipe and great instructions. deeeeee-lish!

i don’t remember, but take your word that we did. any pics of us baking from back then?

Yummy, yummy! Dave, do you remember doing that with me when you were about Jackson’s age? We usually did it when Aunt Marion came to visit!