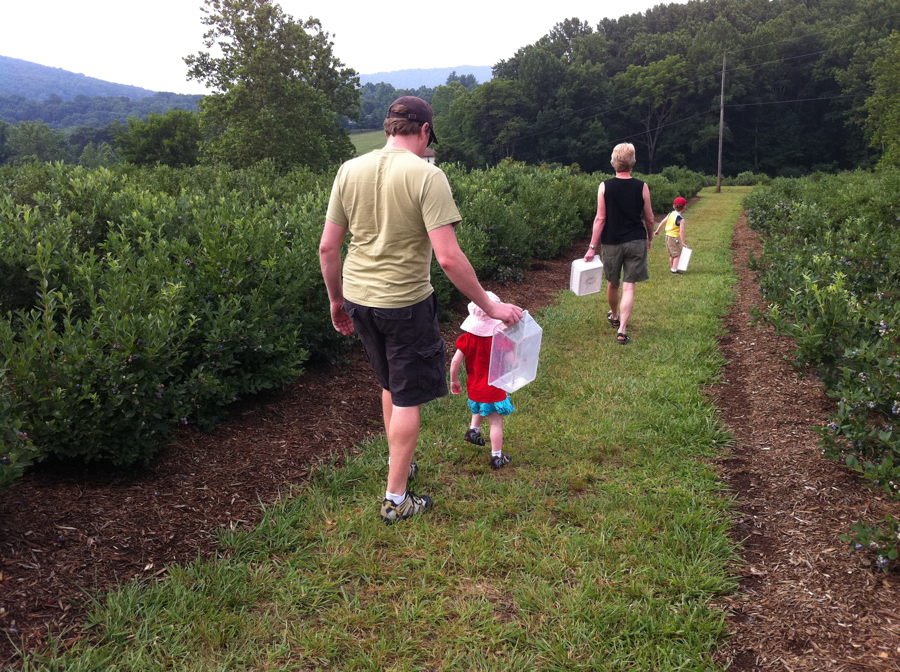 what better way to celebrate the 4th of July than to go blueberry picking? well, to be honest, we tried to go picking up in thurmont on july 3rd, but were turned away! apparently, their bushes were all picked out?! so instead, we headed in the total opposite direction, to a new blueberry farm in southwest frederick county. 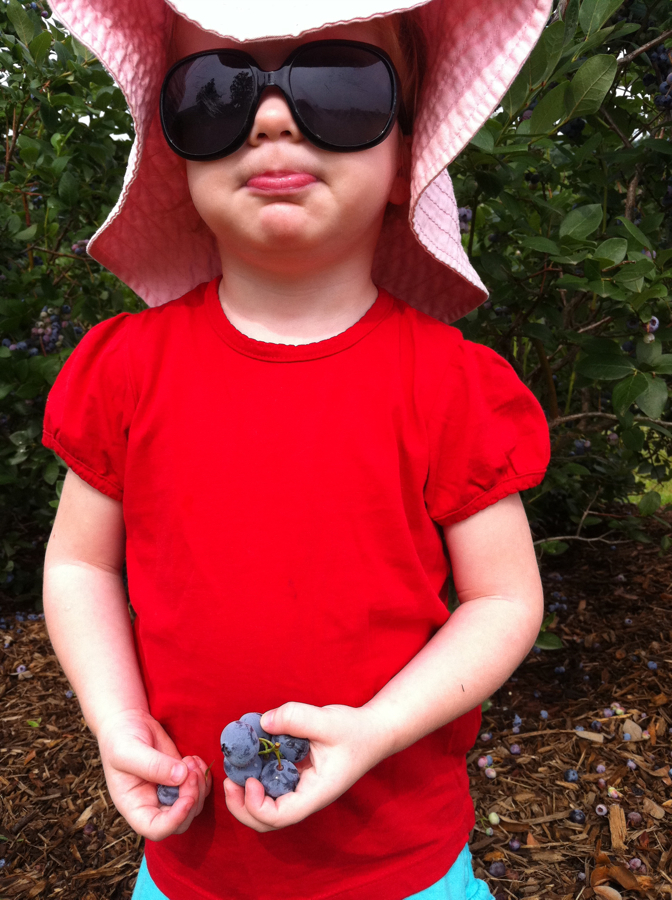 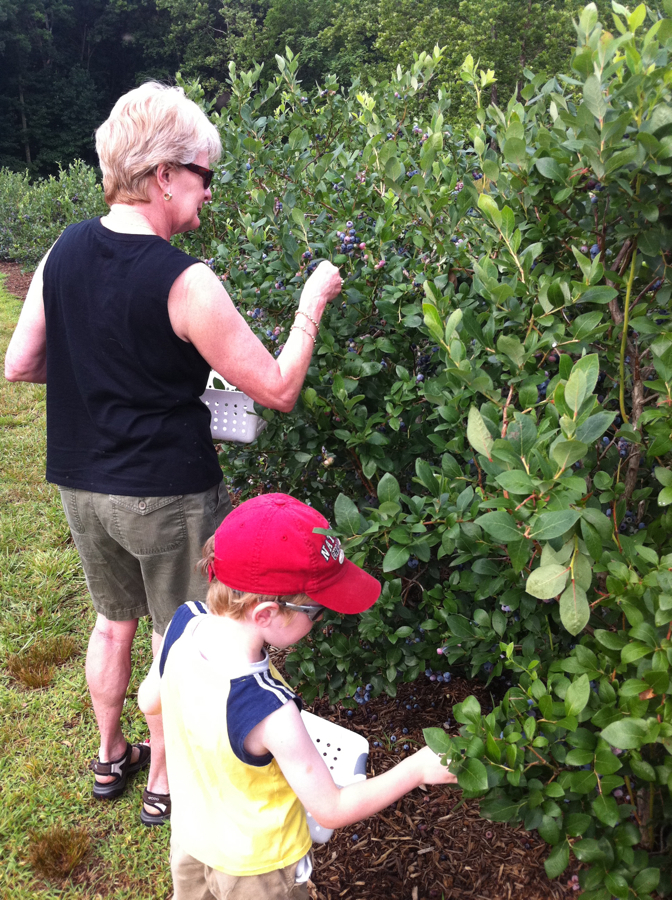 we left grandpa kurt at home to work on the bathroom renovation project, but grandma joined us! she was intent on picking the very best berries, as these are her favorite fruit! jackson was helpful, as always.

it was seriously humid and super buggy, but the kids powered through!

jackson couldn’t stop picking! even on our way back he kept drifting over to what he thought was a good bush to pick (and eat!) some more.