it took us a while, but we finally made our trip up to the state college area a reality. molly and the kids last visited penn state on labor day weekend. they got to see joepa in person one last time during the friday night pep rally. and jackson was the only spence who got to see an actual football game live, coached by joepa in his final season. so, naturally, one of our first stops when we visited last weekend was to the joepa statue at the stadium. we didn’t bring the flowers. amy told us they have been omnipresent since the fall. 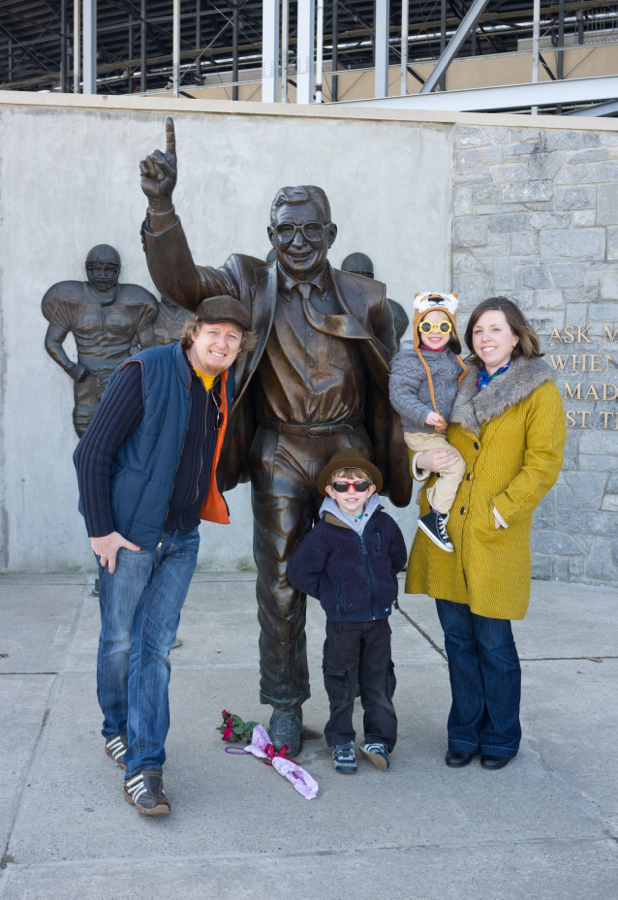 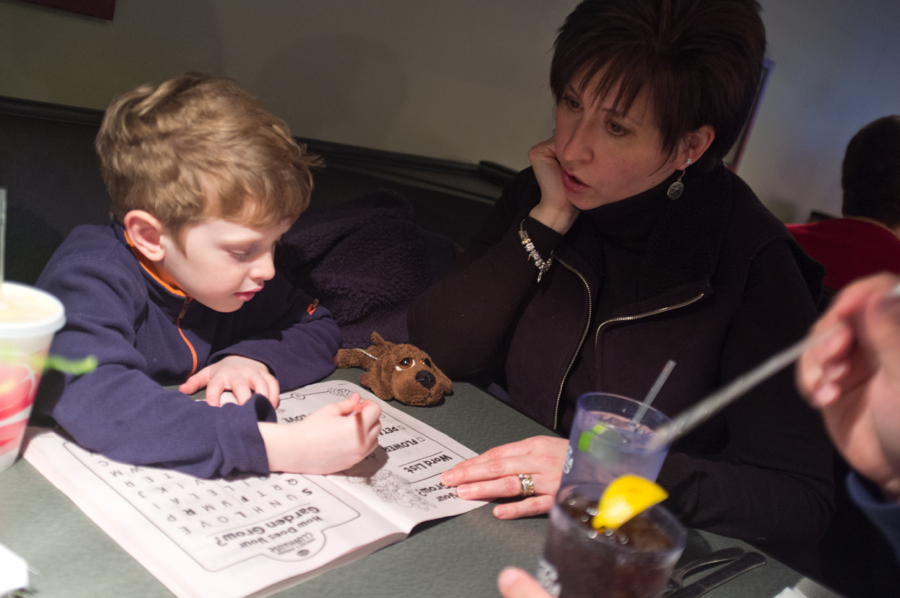 we arrived on friday afternoon and kicked off the fun with a nice dinner out with aunt amy and uncle nick! then we squeezed into one car, leaving uncle nick behind, and headed to campus for a gymnastics meet. 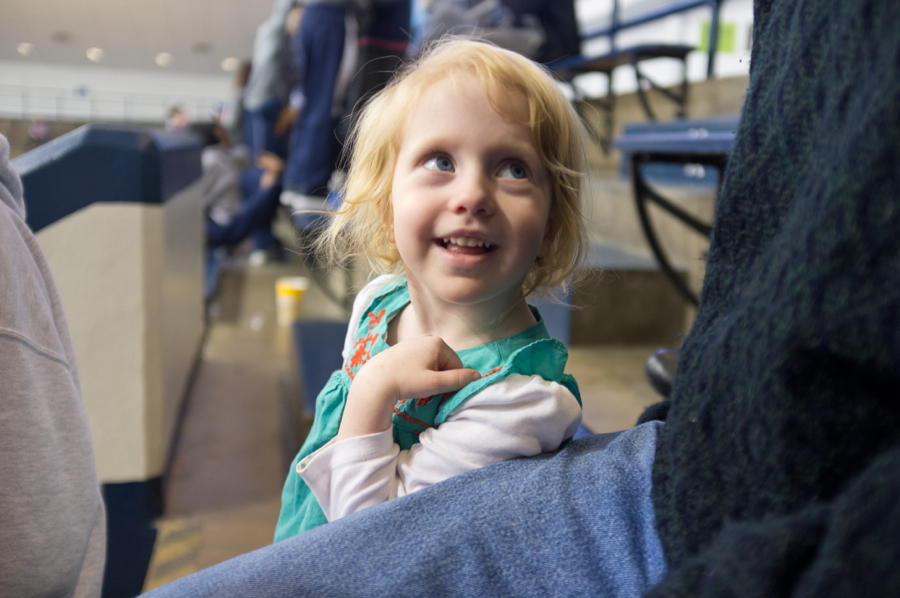 phoebe was especially thrilled to be there. it was like a circus, with girls jumping and flipping around, and so many places to look for action!

it was an exciting competition, and penn state pulled out a win with the team’s final event, the floor exercise!

on saturday, we walked around downtown, did some shopping, had lunch at the corner room, and topped off the afternoon with a trip to the creamery, of course!

on sunday, it was the bryce jordan center and some men’s basketball action! (yes, we know jackson’s wearing a football jersey. don’t judge.)

phoebe kept chanting … “we are…”

thanks to amy and nick for their never-ending hospitality. we all had a great time, and can’t wait for blue-white weekend so we can visit again!

« our valentines springtime with the spences »