many of you have watched and enjoyed the santa train video dave posted a few weeks ago. we wanted to upload some nice still images we took that day as well. for background info … dave, molly, jackson, and phoebe climbed aboard the walkersville southern railroad’s santa train on dec. 12. it was a cold but clear day — perfect for a scenic ride through the countryside. 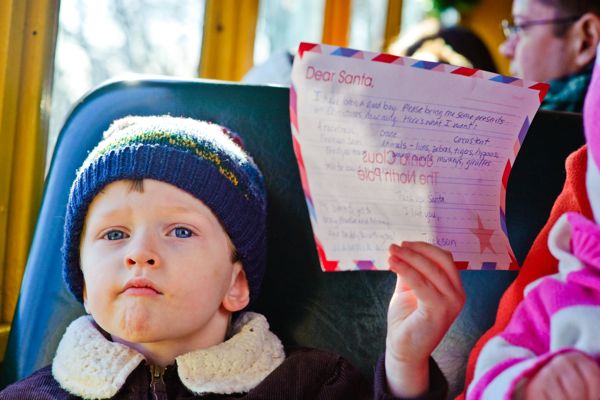 jackson isn’t big on talking to unfamiliar people. and when we walked past santa at a shop this year, he said he didn’t want to talk to him. ever.  so molly figured we should bring the letter jackson wrote and he could show it to santa on the train if he didn’t feel like talking… 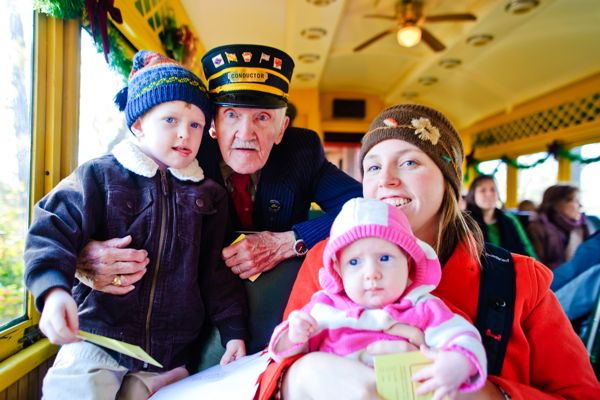 jackson got warmed up when the conductor, george wireman, paid us a visit to collect our tickets. we loved him! he visited every seat, and insisted on a photo with all the children. he even showed us his cool train-engraved pocket watch! 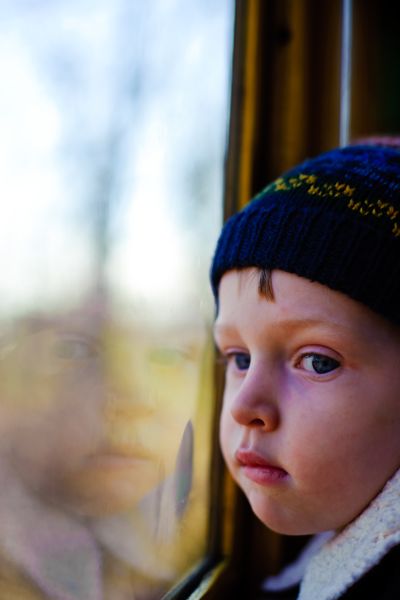 after that, we waited… and waited… for the big guy…

phoebe was a very patient traveler

finally, jackson spotted st. nick! he told molly she’d better move off the seat so santa could sit down and talk to him!

and sit down he did… jackson managed to not only talk to santa, but also give him a big hug! dave and molly couldn’t stop smiling in disbelief.

it must have been something about being aboard a train, because jackson did NOT want to cooperate with taking this picture, once we disembarked. ah, the mind of a 3 year old!
Tags: christmas,jackson,phoebe,santa,train