christmas with the spences!

the second leg of christmas 2009 was spent in doylestown, with the spences. we arrived late on christmas eve, just before santa paid a visit. we had just enough time to write out our note to santa and leave him milk and cookies, and carrots for his reindeer in our new plate set (thanks aunt amy and uncle nick!). 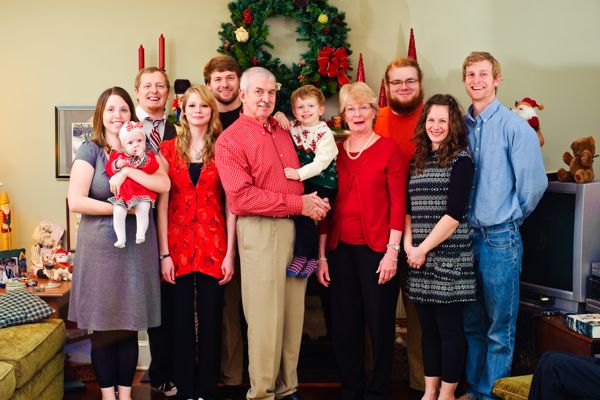 it was a special year at the spence house for christmas, as dan, cassie, and alex white joined us to celebrate the holiday for the first time in many years. we were all so glad that they could be there, so we marked the occasion with a big family photo. 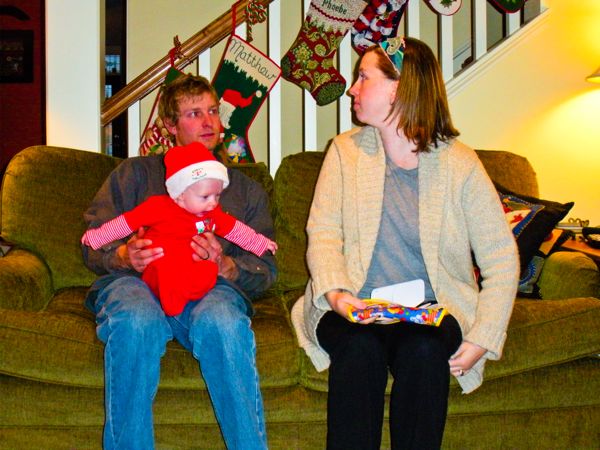 we all woke up early to open our presents from santa. phoebe seems really excited about that bib she got! 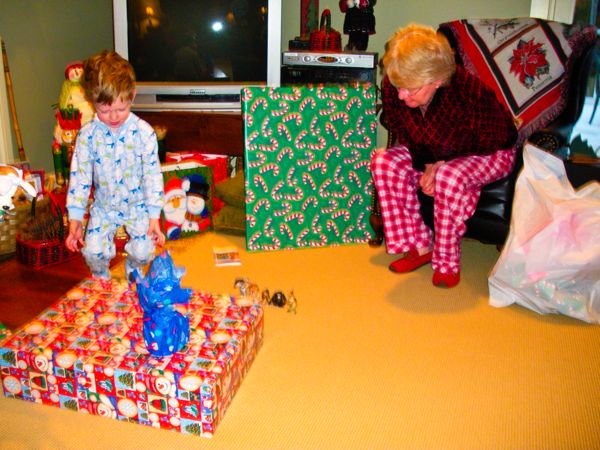 jackson could hardly believe his pile of presents! what was in that giant box?? (a playmobil circus tent, just what he asked for!)

aunt naomi was more than happy to pal around with phoebe for the weekend. they’d never met before, but were fast friends!

despite the sour expression, jackson did love all his presents this year!

jackson didn’t really want to open any other presents once grandpa and daddy got the circus tent set up.

cassie and alex enjoyed the show, even though they had to wake up early to see it!

matt had a good time buying presents for dan. driving goggles? where does he find this stuff??

grandpa liked his new shirt (“Grandpa since 2006”) — he plans to wear it in florida.

it’s always great to have susan and her mom, chris, over for christmas dinner. the ladies looked lovely yet again!

nine years ago (christmas 2000) we took a photo similar to this one of all the babcock grandchildren. and my, how they have grown since then (see original photo below)!

« christmas with the fellins hanging around »