jackson’s 4th birthday celebrations started about one month early, with a fun-packed “journey around the sun” ceremony at monocacy valley montessori public charter school this morning. 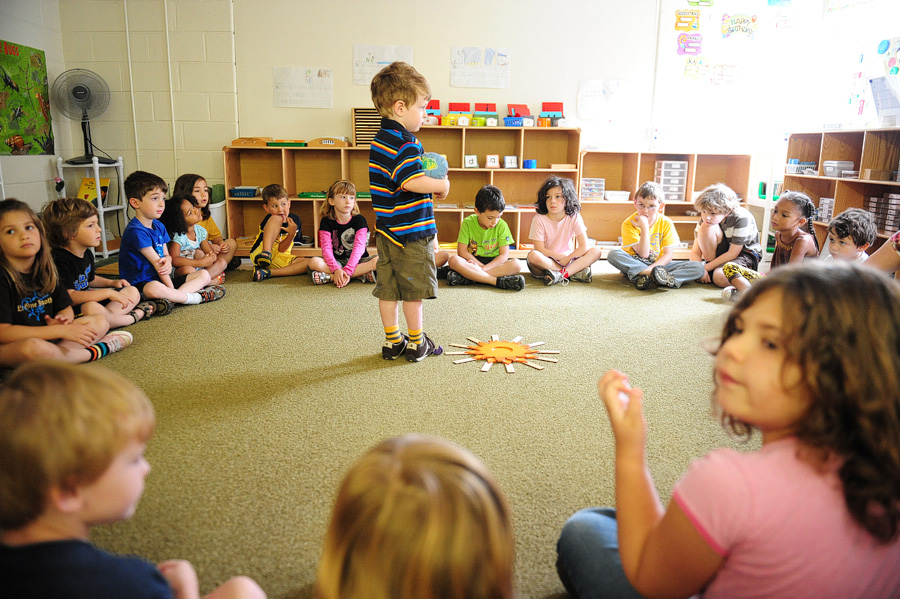 jackson stood in the center of the circle, holding the earth. each of the sun’s rays represented a month, and jackson started at july, since that is his birth month. 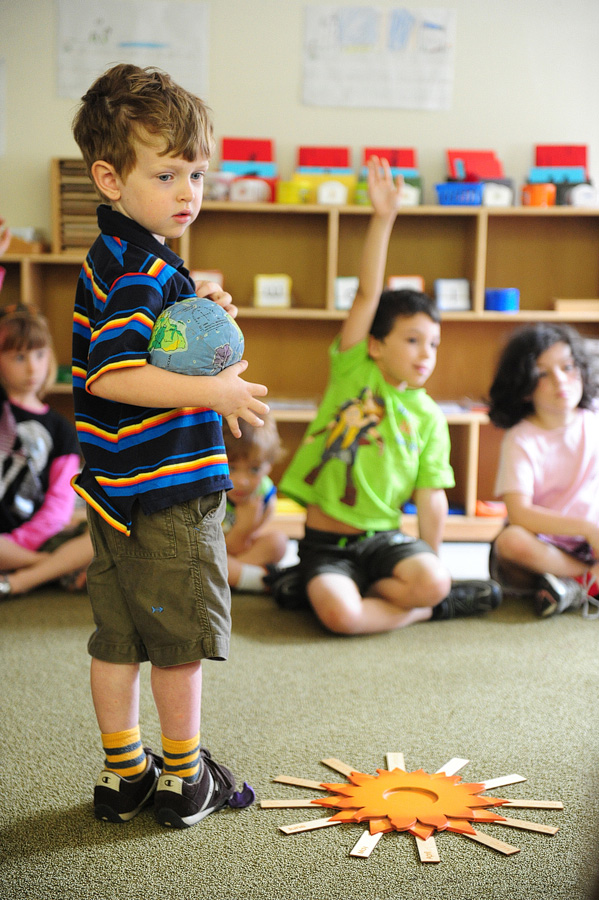 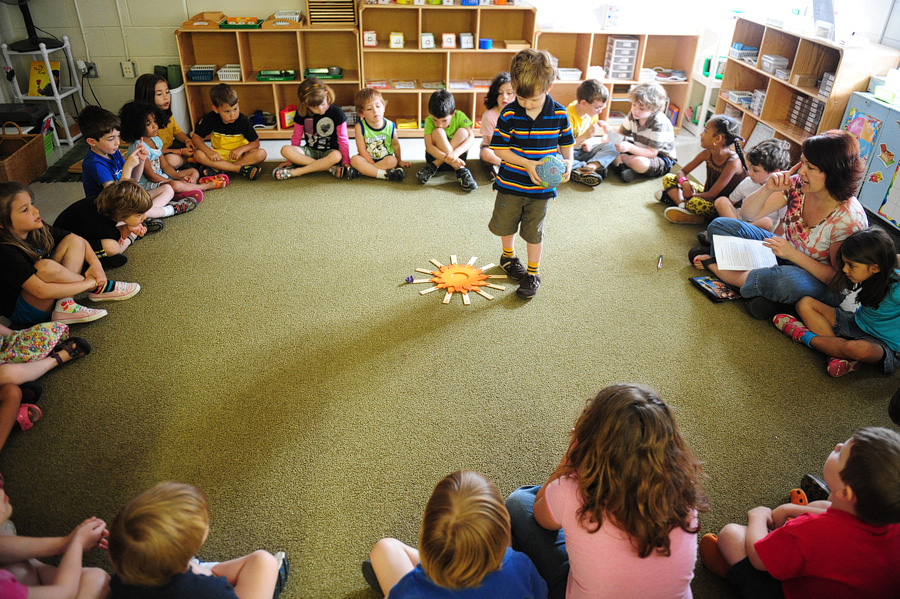 jackson walked slowly around the sun as his friends chanted the months: “august, september, october …” until he arrived back at july. miss heidi then read a few sentences about that year in jackson’s life, and passed around photos of him during that year for each of his friends to see.
fun fact: the boy in the blue shirt sitting at the bottom center of this photo is carson. his mom, heidi, was molly’s doula for jackson’s birth!

jackson walked around the sun four times, to represent the four years of his life.

little sister phoebe was excited to visit jackson’s classroom. she wanted to be part of the fun…

she parked herself right next to all the girlfriends in the circle.

when jackson was done with his final trip around the sun, he was allowed to choose four different friends who each gave him a wish. he called on andrew, who wished him a “helicopter,” then alejandra, who wished him “an airplane,” then alexander wished him “a spaceship” and finally, his good buddy daniel wished him “a rocket.” do you sense a theme?

just as jackson and his friends (twin brothers) cayman and collin and aysha started eating, the fire alarm went off! impromptu fire drill! oh no! the kids all wanted to carry their cupcakes outside, but they had to leave them behind, at least for a few minutes!

the kids were a little puzzled that they could “eat the paper” on top of the cupcakes, but I encouraged them to do it. one boy said, “I can eat paper?! yay!” then, he tried to eat the cupcake wrapper, too. oops!

on sunday night, jackson had a sneak preview taste of the cupcakes. we have to say, they were super delicious! what a wonderful way to kick off birthday celebrations for our favorite, little almost-4-year-old!
Tags: activity,birthday,dessert,jackson,phoebe,school