jackson began his first week of pre-kindergarten by boarding his bike and heading off to monocacy valley montessori public charter school with mommy. as a pre-k student, he’s still in miss heidi’s room, and he still attends 9-11:30 daily. but he’s one of the “big men on campus” because six new 3-year-olds have entered his class, and three new pre-k students entered as well. 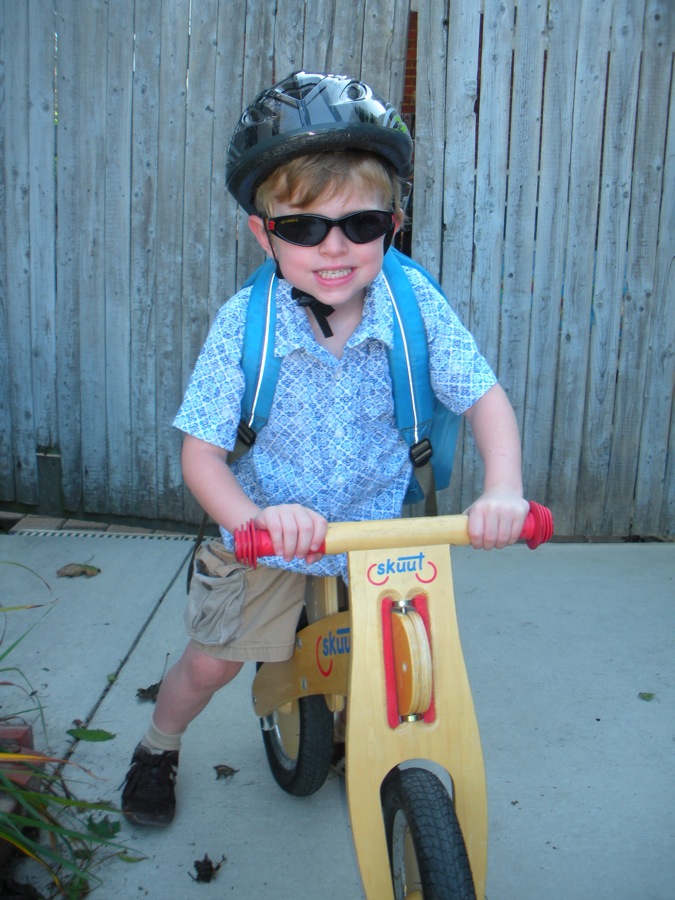 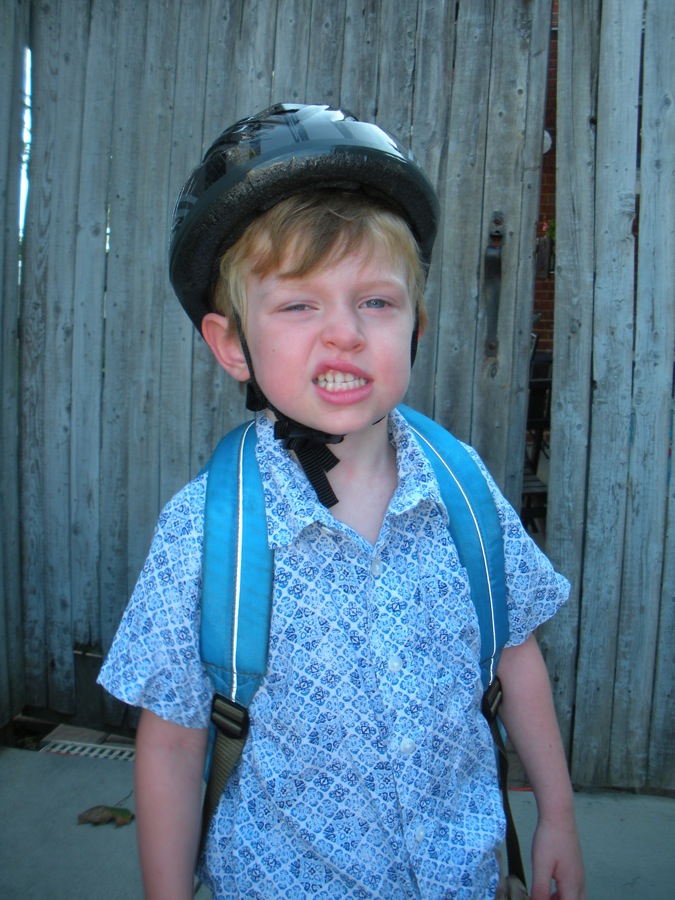 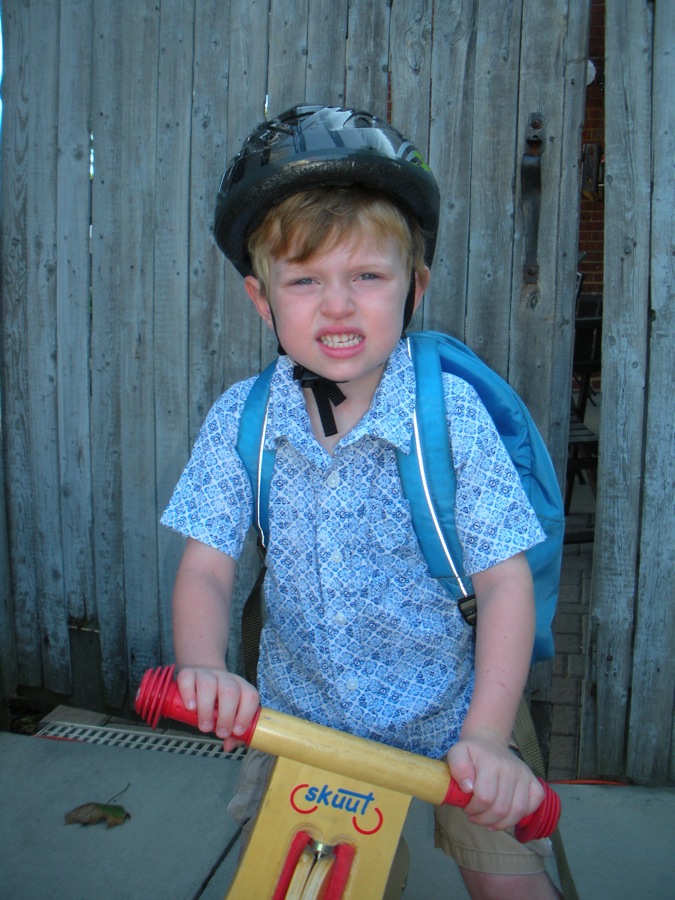 a small amount of anxiety on day one (“mommy, I don’t want to talk to any of the new children who don’t know the rules.”) gave way to lots of smiles when jackson saw some of his buddies from last year, including daniel, garrett, and cayman and collin. jackson really likes that he can show all the “new kids who don’t know the rules” how to get along in the classroom. and he’s proud of himself, because he sees how much he’s grown since last year.

to celebrate, jackson, phoebe, and daddy met mommy at work after school and we all had lunch at la paz, jackson’s favorite spot to get quesadillas with sour cream!

little sister enjoyed a quesadilla of her own, and a big-kid drink! she’ll start pre-k 3 at mvmpcs in only 2 years!

unfortunately, jackson was so exhausted from his big day, he slammed his fingers in the door at the restaurant. so, he soaked them in a cup of ice. poor guy.

all in all, it was a “delicious” first day, and a really successful first week back at school. jackson has had no trouble adjusting and he’s excited about all the new things he will learn this year!