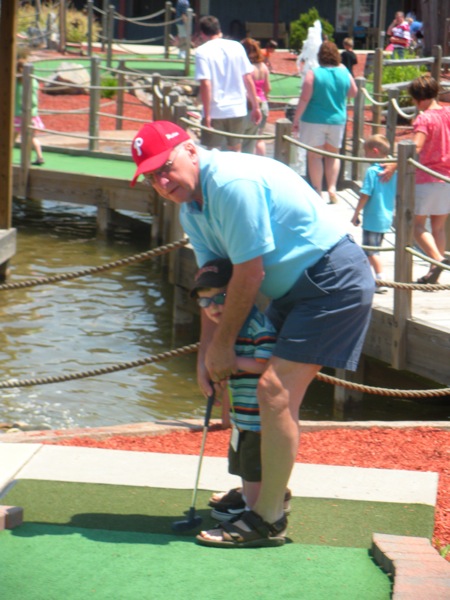 nana and pop pop spent the weekend with us in frederick, and we couldn’t have enjoyed it more! (see more photos by clicking here.) they arrived friday night and stayed all the way to monday morning. molly and jackson had lots of fun with them while dave worked at two weddings! though we have no photos of nana, trust us — she was here! among other things, she helped us plant some new flowers in our backyard. 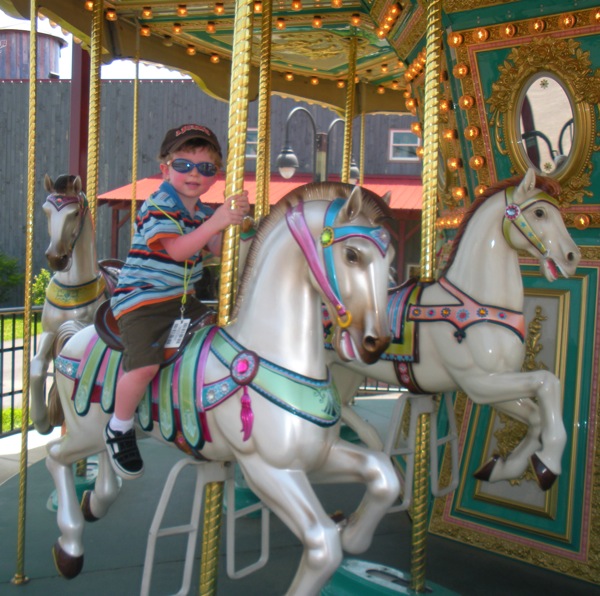 on sunday, jackson had a birthday party to attend — for his friend, jillian. to celebrate her fourth, we hung out at adventure park usa, a really cool mini amusement park about 20 minutes down the road. while there, jackson rode on the merry-go-round (white-knuckling it the whole way, as nana said) … 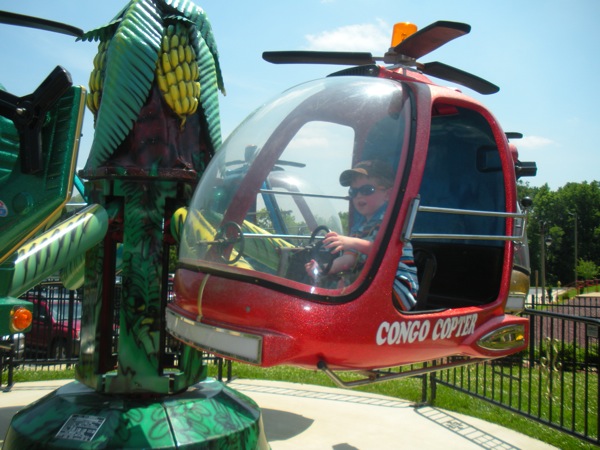 and rode in a noisy helicopter. before all that, he practiced his best tiger woods moves while taking on 18 holes of mini golf with pop pop. next, we hit the arcade …

where jackson demolished pop pop at a game of air hockey! nana also had a blast in the arcade, playing at least 10 games of skee ball, and earning enough tickets for jackson to get three lollipops and a crappy foam rocket that has already broken. 🙁
Tags: activity,birthday,boats,fellins,friends,jackson,outdoors,summer

We’re so glad you were able to make it to Jillian’s party. It was a great day and it looks like everyone had a good time! Did you catch Tom being soaked on the water boats? I missed you when you left; Tom has a goody bag for Jackson.